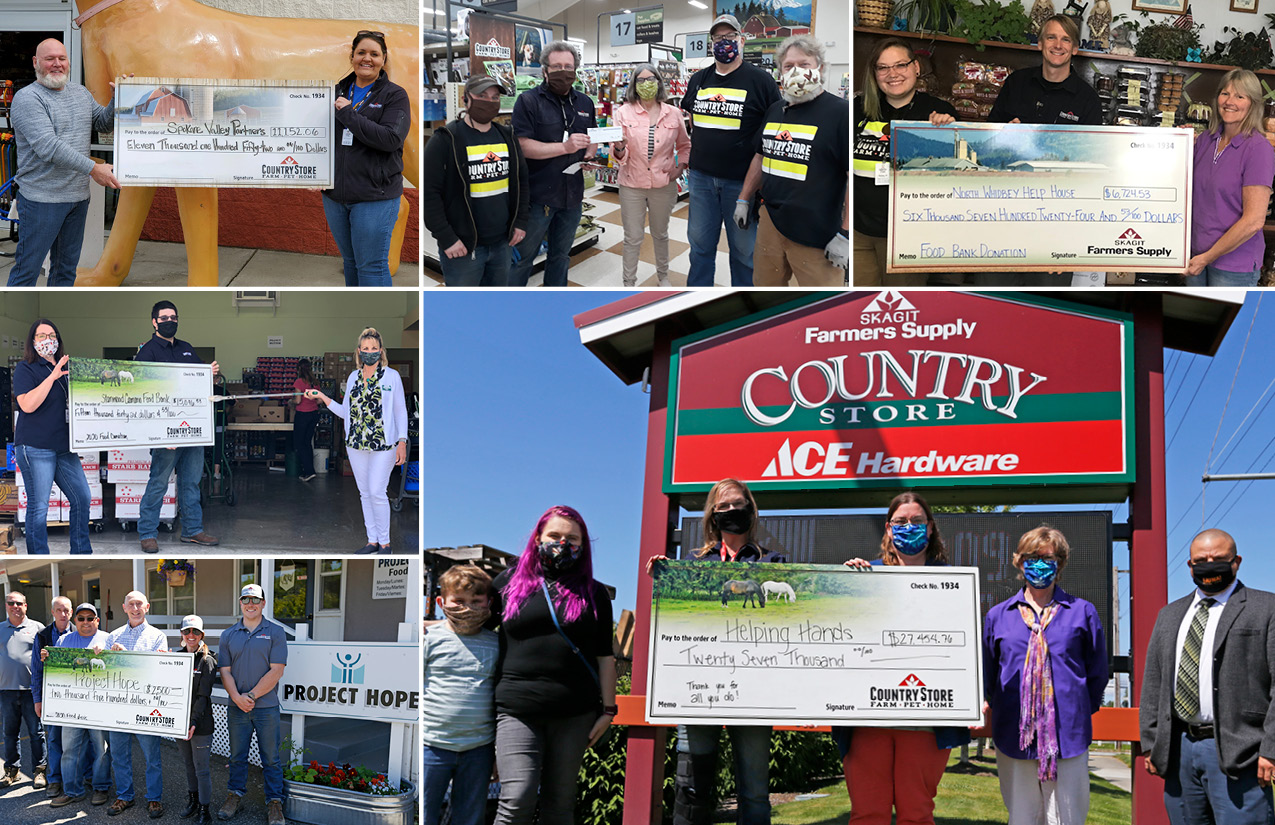 In April, our Country Stores wanted to show support after so many were hurt following the lockdown put in place to slow the coronavirus from spreading. Each store partnered with a food bank in their area, which helped to ensure that the money raised in each store would directly impact a local service. We reached out to each food bank and told them of our efforts, and they were very appreciative.

When our board of directors learned that our customers had raised $50,000 in just 3 weeks, they generously agreed to match the amount raised which, combined with the money raised during the fundraiser, totaled more than $100,000!

After we tallied the numbers, we had the extreme pleasure of calling each of food bank to let them know how much money we had raised, and they were beyond thrilled at the prospect of how much this would help their communities.

“Before this all started, we always had the philosophy that we serve people with respect,” said Sue Nagel, board president for Helping Hands, a food bank and distribution service in Skagit County. “No questions, if you need food, come to us. And as all these other little agencies around the county, which are mainly supported by senior citizens, were having to close down, we as a board decided that we would find a way to keep these food banks and services open.”

“Last week, we fed 23,000 people,” said Rebecca Larson, executive director for Helping Hands. “One box feeds a family of four, and this money will provide about 10,800 boxes, which is a lot. That will cover everything we need for a full week.”

The donations ranged from just shy of $5,000 all the way up to $27,000!  We are so humbled and thrilled that we as a company were able to deliver such wonderful news during this time of such great need. Thank you to all who donated; you helped make this dream a reality.