Buttercups in Pastures and Hayfields 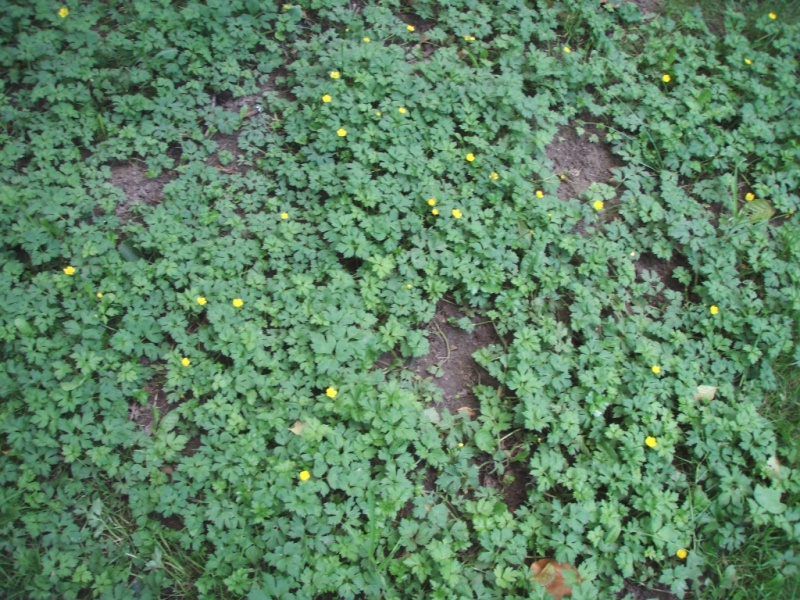 Creeping buttercup’s competitive growth crowds out other plants, especially in wet soils. One plant can spread over a 40 square foot area in a year. Creeping buttercup also depletes potassium in the soil and so can have a detrimental effect on surrounding plants. Because creeping buttercup can tolerate heavy, wet soils, it can be a particularly bad problem on well-watered lawns, wet meadows and poorly drained pastures. In addition to invading wet grassy areas, creeping buttercup is reported as a weed of 11 crops in 40 countries.

Fresh buttercup plants are toxic to grazing animals, who can suffer from salivation, skin irritation, blisters, abdominal distress, inflammation, and diarrhea. Fortunately, buttercup has a strong, bitter taste so animals generally try to avoid it if more palatable forage is available. Also, the toxin protoanemonin is not very stable and loses its potency when dry, so buttercup is not generally toxic in hay. Unfortunately, livestock occasionally develop a taste for buttercup and consume fatal quantities. It is safest to keep populations of buttercup under control on grazed pastures and offer plenty of healthy forage.

To get rid of buttercups in your pasture or hayfield is a two step process; spray to kill the existing buttercups and improve the conditions that favor grass production.